There are a lot of terms thrown around when you’re learning how to make soap. The most tricky of them for a newbie to learn and recognize is ‘trace.’ All the books, blogs and videos say to stop stick blending when you’ve hit ‘trace’ and then, more confusingly, it may have been referred to as thin, medium or thick trace. What is trace? Simply put, trace is a point in the soap making process when oils and lye water have emulsified. Once the soap has reached thin trace, it will continue to thicken over time. Mixing lye water and oils together starts the saponification process. Saponification occurs once the oil and lye molecules create new soap molecules. If you are a visual learner, this Soap Queen TV episode explains the saponification process visually. And for even more information, in Erica Pences’s online classes (here and here) she delves deep into trace and the uses of different types of trace. Once the lye and oils are saponified and the two will not separate, the soap has reached trace!

Immediately upon pouring lye water into oils, the mixture will begin to turn slightly cloudy and milky. With a few pulses and stirs of the stick blender, the entire mixture will turn a creamy consistency. This process happens fairly quickly. Before the age of stick blenders, it could take hours for soap to reach trace! In the photos below, you can see the lye water and oils are beginning to emulsify. Trace has not been achieved. 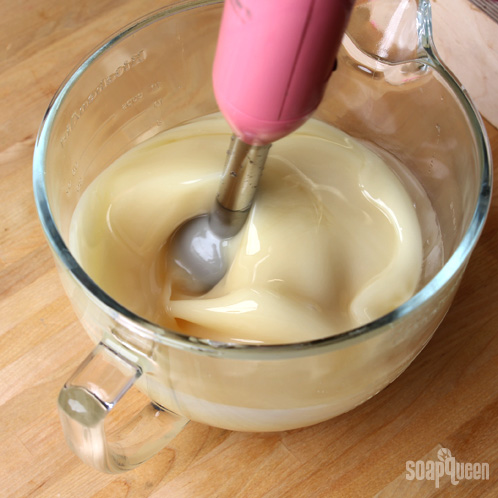 Notice the streaks of oil in the photos below? These mixtures have not reached trace, because they are not thoroughly mixed. Some of the oils have not yet started saponification, and the mixture is not completely emulsified. These mixtures need more stirring and stick blending to reach trace. If the soap was poured into the mold at this point, the soap would not properly set up. There may also be pockets of unsaponified oil and lye in your soap, which may cause skin irritation. 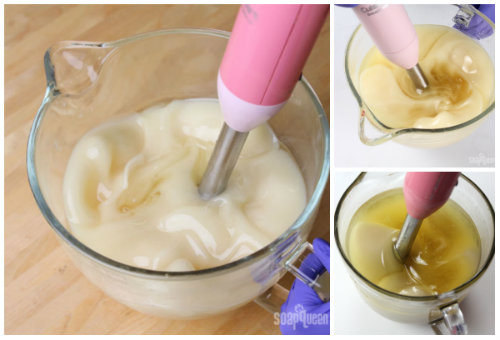 With a few more pulses and stirs with the stick blender, the soap will reach light trace. Light trace refers to soap batter with no oil streaks, and has the consistency of thin cake batter. The batter will be easy to pour, as shown below. Thin trace is an ideal time to add colorants and fragrances because the thin texture is easy to stir and blend. Light trace is perfect for swirled cold process designs, such as the Fall Sherbert Cold Process and theFrench Curl Cold Process soap. If you’d like to see light trace in action, check out the Instagram video below! 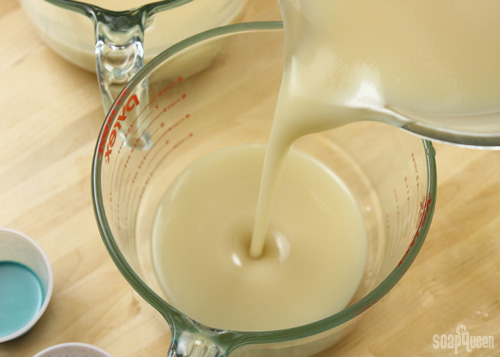 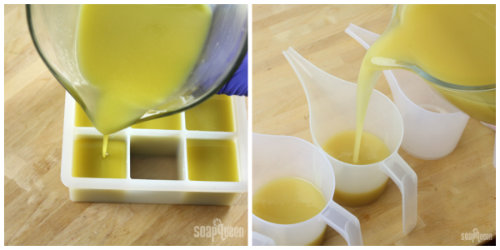 Once the soap reaches light trace, medium trace soon follows. Medium trace can be recognized by a a thick cake batter or thin pudding consistency. Trailings of soap stay on the surface of your soap mixture when lightly drizzled from a few inches overhead. Medium trace is a great time to incorporate additives that need to suspend within the soap such as poppy seeds in the Lemon Poppy Seed Cold Process Tutorial. 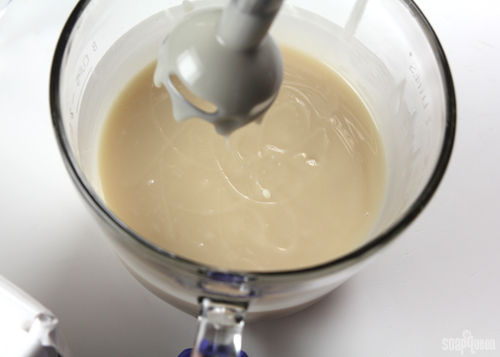 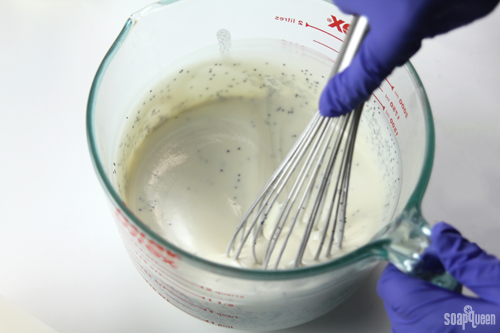 In order to reach thick trace, excessive stick blending is usually required. Thick trace is the consistency of thick pudding and holds its shaped when poured. Thick trace is perfect for bottom layers, as it is able to support lighter soap on top. It’s also great for creating textured tops, as seen in the Christmas Tree Swirl Cold Process. An extremely thick trace is necessary for creating cold process soap frosting, as seen in the Whipped Cold Process Frosting on Soap Queen TV. 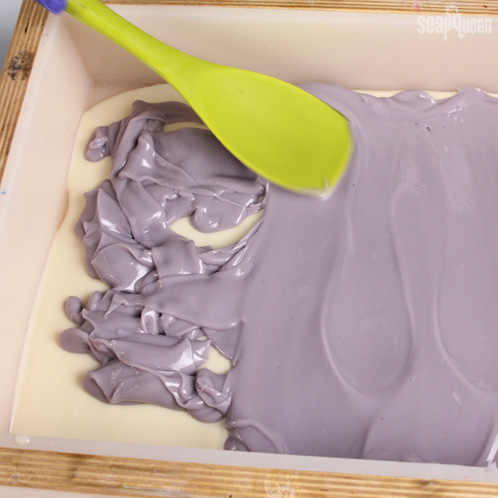 Factors that can affect trace:

All About the Trace, soap basics, soaping tips and tricks, trace